Even when teased as a child, some of us would chant “Sticks and stones may break my bones, but names will never hurt me.” 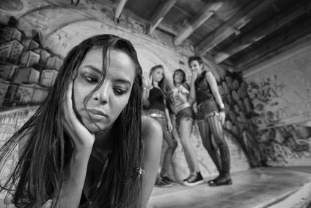 However, as an adult, I don’t find that true at all. I was bullied and teased all through school and I was never able to follow my parent’s advice and let it ‘roll off my back’ and not ‘wear my heart on my sleeve’.

Is it because I was born ‘too sensitive’, as the perpetrators like to conclude, or is it something deeper than that? Perhaps words really do hurt.

Consider this…if a person hears something over and over again about themselves, does it eventually become true to them. They say Repetition is the key to learning, right? And is this true for both positive and negative statements?

I tend to believe it is. My parents told me my whole childhood and adult life that I was super smart, creative, and beautiful. When I achieved Honor Roll, earned undergraduate and graduate degrees, wrote a book, etc. they praised me. This helped encourage me and pushed me to do more. It was the positive reinforcement I cherished and needed in life.

Regardless of what other girls were saying to me, saying about me, or the names they were calling me, I remembered my parent’s words of encouragement and kept moving on.

I think that’s why the next thing I am about to tell you is so difficult for even me to comprehend. I let one person change that mindset in one full swoop. And that full swoop lasted almost ten years.

At the end of that decade, all of the positive reinforcements instilled in me by my parents were completely reversed. I was Nothing. Worthless. A fat, ugly loser.

How is that possible? I thought I was a successful entrepreneur, an author, attractive…So how had I been convinced I was Nothing. Worthless. A fat, ugly loser.

According to the narcissist (my then husband) that ruled my life for a decade, the verbal berating was to be excused due to his various addictions. During those times when he was flying high, all behaviors and words spoken were to be accepted, tolerated, and forgotten the next day.

But is it that easy to forget words that are spoken? How do you press the reset button on your brain?

If you have read my other blog posts and know my story, you know that I found out a few years ago, at 42, that I was not the biological child of the parents that raised me. When my ex-husband found out, it became a new taunt in future arguments. Lines such as, “You’re such a loser, your own mother didn’t even want you!” rang through the house, and permeated my mind like dye seeping into your bloodstream during an MRI. It was now ‘in me’ and eventually would ring true, even to me. 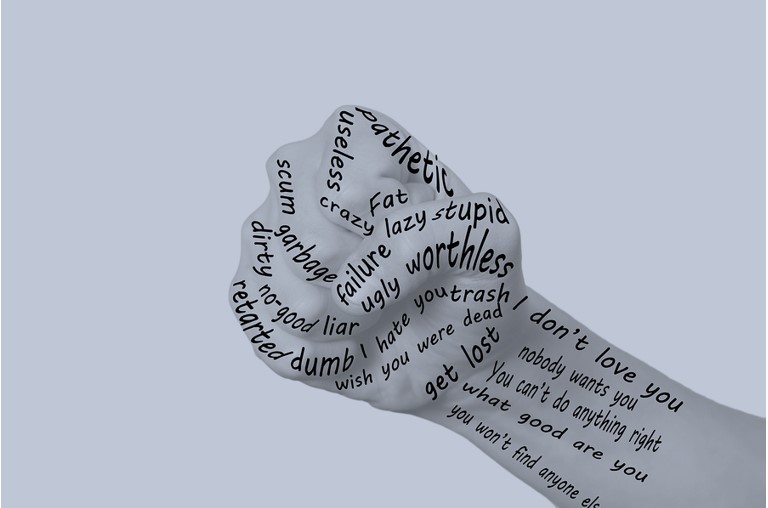 Bottom line: Words hurt, and are not easy to forget.

Additionally, if the same hurtful words are repeatedly told to you over and over for a set amount of time, you will begin to believe them. It’s a form of control, brainwashing, and abuse.

So, what would you say to a kid that is being bullied and starts feeling bad about the words being launched at them?

Hopefully, you will forget the chant we learned as a kid “Sticks and stones may break my bones, but names will never hurt me,” and replace that with, “How does that make you feel?” encouraging them to talk about their feelings and getting them professional help, if necessary.

According to a recent article, “there is a strong link between bullying and suicide.” A few of the statistics are below:

You can read more here: http://www.bullyingstatistics.org/content/bullying-and-suicide.html

In conclusion, CHOOSE YOUR WORDS WISELY.

It may take a few seconds to spew the words, but the effect of them may last an eternity.

Cheryl Powell, (writing under pen name Cheryl Denise Bannerman), is a multi-genre author of three successful works of fiction, a motivational speaker, and CEO. She resides in Orlando, Florida, where she runs a virtual Training and Development company, GC Learning Services LLC dba Learn2Engage, which she founded in 1996.

« Reverse Brainwashing: The Goal of Rebuilding
Living With Chronic Pain: How I Got My Life Back »

About the author: Cheryl Bannerman

No other information about this author.